Sorry! You missed The 1975 at Veterans United Home Loans Amphitheater

Unfortunately, we don't have any information about upcoming performances of this show. Maybe we can interest you with something similar from the options below... 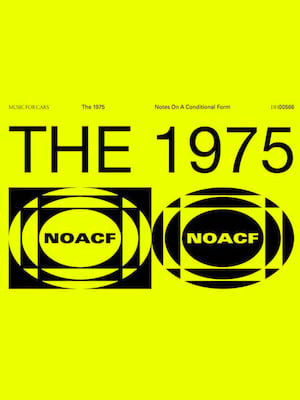 Notes On A Conditional Form

The 1975 are back with a fourth album, a brand new tour, and a new focus! The ever-evolving indie four-piece encapsulated all the joy, heartbreak and hate of growing up in their 90-esque electro-pop sound, most so in their breakthrough album 'I Like it When You Sleep For You Are So Beautiful Yet Unaware Of It'. Now older, wiser, and living in a changing world, their 2020 album 'Notes On A Conditional Form' sees the band take a more serious turn, including a collaboration with climate activist Greta Thunberg.

Forming whilst still in high school, the Manchester band started to make music in 2004. They've really bided their time, going through a few name changes and transformations before their 2013 self-titled. Since the release of their second album, their popularity exploded on both sides of the Atlantic, through the success of singles like 'Love Me', 'Urgh' and 'The Sound'. The band returned in 2018 with further hits, 'TOOTIMETOOTIMETOOTIME', 'Give Yourself A Try' and 'Somebody Else', which cements the band's position as one of the worlds most exciting acts.

Sound good to you? Share this page on social media and let your friends know about The 1975 at Veterans United Home Loans Amphitheater.